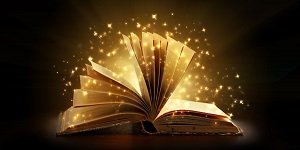 There are multiple sources during the studying period, which require utilization and analysis. Among other assignments, book reports are largely popular, especially, in colleges. These types of tasks require a person to summarize the plot of the book and reveal the major thematics that the author endeavored to convey to the reader. Thus, this college book report example will provide a certain model in order to gain awareness of the essence of this particular type of assignment.

Harriet Jacobs was a pioneer not only in freeing herself from the degrading slavery at a time when such practice had been at its peak of popularity, but also managed to carve all of her experiences into an astonishing autobiographical story under the title of Incidents in a Life of a Slave Girl. Consequently, this book concerns the perspectives of females in the world of American slavery during the nineteenth century and reveals a whole new side of this issue in comparison to similar works. Notably, the eloquent English that Jacobs used in her work may be only envied by the majority of the contemporary English-speaking population. Using the language as an instrument of allegory and symbolism, Jacobs managed to magnificently interpret the poignant fate and the abominable daily lives of the African-American slaves, especially the female ones, that the latter had had to endure only due to being born into the world with an African ancestry.

To begin with, the book largely centers around the topic of sexual harassment and other types of stalking that the white male masters have pursued in relation to the dark-skinned female slaves. Brent, the protagonist of the story, is an alter-ego that Jacobs has adopted in her book, which reflects the authors recounts of her life in a proximal manner, although substitutes genuine names with superficial ones. Being born into a family of slaves, Brent had not understood the difference between herself and other children until she reached the age of six when the masters began to exploit her labor. Further, Brent had been subjected to routine chores and field labor similarly to other African-Americans at her master’s plantation, however, the attitude toward her altered as she matured. Brent’s exceptional attractiveness resulted in her master’s attempts to molest her, although there was a restraining factor in the form of Brent’s grandmother who, despite being a former slave, was a rather respectable person in town.

Notably, the book highlights multiple disgusting ways that Dr. Flint has resorted to in order to seduce Brent or make her into his sex tool and the various psychological problems that the former has developed in the light of his vast slave master authority. Specifically, as Brent matured into a teenage girl, Dr. Flint not only raged at her, but he developed a habit of stalking her at different times of day and of whispering horribly perverted words to her while nobody has been around. Subsequently, the protagonist of the story stressed that she had felt as in a psychiatric ward or prison where she was nowhere safe from Dr. Flint’s presence. It required a great deal of courage, calmness, and rationality for Brent to hold on through these ordeals and to wait for a moment to escape.

With this in mind, Brent’s destiny got even more complicated. She had decided to give into another man and got pregnant. From this point, the story got complicated and revealed numerous ways that Brent had had to resort to in order to escape her master – hideaway under the floor in a friend’s house, involve her family in the schemes of smuggling away her children and ship them to a certain destination point and others. Particularly, the protagonist of the story displayed the astonishing power of will and patience to endure all these hardships being constantly pursued by Dr. Flint all over the country in his lust for subduing her and avenging her disobedience.

That being said, the book also reveals other topics, which include the family ties in the slave society and the martyrdom of the family members who have always been ready to sacrifice themselves in order for, at least, one of them to be able to gain freedom. In addition, Jacobs emphasized that it had been the Southern Americans mostly that pertained such horrific practices, and that the people of the Northern America pursued more democratic and humanistic values. Among others, the book is an inquiry to the kind people of the North to stop these atrocities.

All things considered, this work by Jacobs significantly invests in the pool of the US slavery narrative in the nineteenth century. The author presents multiple real examples that allow the reader to perceive the whole grief of the African-American population, especially of its female part. Finally, the inner spirit of female characters in the book may be praised for firmness and self-control in the most abominable episodes with which they involuntarily coped.

5.00 avg. rating (96% score) - 1 vote
This entry was posted by Cristian Dorsey in Reviews and tagged