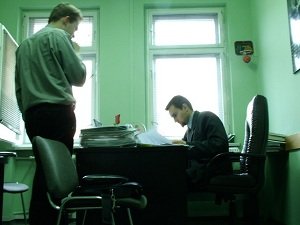 No business can function without encountering its fair share of problems – no matter how hard you try to avoid them, they are sure to catch up with you sooner or later. Therefore, the key to running a business successfully is not avoiding setbacks, but being ready for them and learning from good and bad examples. That’s why company problems case studies play an especially important role in the education of any business student.

Malden Mills Industries is the original manufacturer of Polartec polar fleece and other modern textiles, which has made it a well-established business in this industry.

On December 11, 1995, a fire broke out in the Malden Mills factory In Lawrence, Massachusetts, eventually destroying three main factory buildings and making further operations impossible, thus putting 3000 employees out of work. What happened later became a textbook example of putting people before profits – however, with far less rosy ending than the ones usually associated with this kind of stories.

The then-CEO of the company, Aaron Feuerstein, faced a tough business decision concerning how to solve this problem. Was he to rebuild the factory to rehire his now jobless employees at a later date or relocate the factory elsewhere? One should mention that this happened in the period when moving manufacturing capacities offshore became a standard procedure for American businesses, even with far fewer motivations to do so. It seemed that Feuerstein had his decision made for him.

However, due to ethical or sentimental concerns, Feuerstein decided to act differently. Two days after the fire he announced that the factory would be rebuilt on its old site, and all the employees would receive full wages for 30 days. Later this period was prolonged to 90 days for wages, 180 days for benefits, at a total cost of $25 million.

It took several years, but the factory was rebuilt and the rehired employees repaid Malden Mills with unprecedented productivity and loyalty: business grew 40% from pre-fire level, employee retention increased to 95%, off-quality production decreased from 7% to 2%, and overall production almost doubled.

However, the decision to prolong wages and rebuild the factory in its old place saddled Malden Mill with $140 million in debt, it went to bankruptcy court three times since then, Aaron Feuerstein lost his CEO position and the company was bought by Versa Capital. In December, 2015, twenty years after the fire, the company declared that it would cease operations in Lawrence, Massachusetts and relocate them to New Hampshire and Tennessee.

The Malden Mills case study serves as a brilliant example of a tough business decision facing the company’s management when they have to decide between what is the best for their employees and what is the best for the company. Had Feuerstein made a different decision in 1995, his name wouldn’t made history for his philanthropy and ethical approach to business; however, it is more than likely that he would still be in charge of his own company, albeit a company with manufacturing capacities in different location – the thing that happened anyway.

This case study has been written by WorldEssays.com writers.