Literary research paper example can be significantly useful for students at various stages of education and even at work. Students and workers in the literature area are often required to complete this type of assignment, as it demonstrates their ability to search for information, process, understand, and analyze it. Such task can be quite challenging and a literary research paper example can help to complete it successfully, as it provides the information about the structure and possible content of such work.

Issues Discussed in The Martian Chronicles by Ray Bradbury 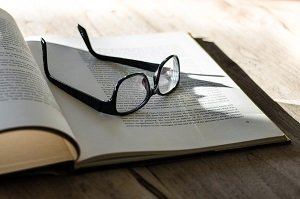 The Martian Chronicles by Ray Bradbury is undoubtedly one of the most significant examples of the 20th-century literature. The book is composed of 28 narrations, some of which tell the complete story in few pages, like Ylla and Usher 2, while others are less than a half of a page long and are meant to set the atmosphere, for example, The Green Morning and The Naming of Names. Still, every writing, even the shortest one points out a certain critical issue in the human society and sometimes even a number of them. All in all, in The Martian Chronicles, Ray Bradbury highlights a significant number of various problems, including the social, cultural, psychological, environmental, and political ones.

Significantly, Ray Bradbury uses Mars, Martians, and human movement to the red planet to demonstrate the issues he considers to be the most crucial in the human society. Among those, he points out the racism towards African Americans that was still an extremely critical problem in 1950, when the book was published for the first time. He dedicates to this issue a whole novel Way in the Middle of the Air (June 2003/2034), in which he demonstrates the desperation of the African Americans who built rockets and flew to Mars just in order to break free. This narration criticizes not only the social prejudices but also the whole political order of that time.

Furthermore, in the novel Usher 2, Bradbury strongly protests against any appearances of the censorship and clearly demonstrates his position. He writes about such a huge growth of this limitation that any forms of creative thinking are destroyed on Earth and one is unable to build an imaginary world even on Mars.

One of the most crucial issues highlighted in The Martian Chronicles is the destructive effect of humans on every environment they get in. The development of this problem starts with the work The Naming of Names, in which Bradbury writes that people name the locations on Mars in the way they are used to, without considering their history and appreciating the native culture. He continues discussing this topic in the novels —And the Moon Be Still as Bright (June 2001/2032) and The Settlers (August 2001/2032) and connects it with the tendency of human beings to destroy and disrespect any culture without recognizing and acknowledging its greatness and dominance over their own.

In addition, in The Martian Chronicles, Ray Bradbury analyzes the human nature and discusses the problems of human psychology. He points out the disability of human beings to enjoy the moment, appreciate the will to help, and love without unnecessary accusations. As shown in the novel The Martian (September 2005/2036), this characteristic does not only complicate the relationships extremely but can even kill an alive creature that was only searching for love in any appearances.