Non Conformance Report Example Template That Will Solve Your Troubles 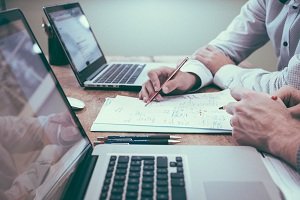 Writing reports of any kind could be a pretty boring thing to do for students. However, this assignment will be able to train students’ attention to details, their ability to comply with the rigid structure, describe events logically and chronologically, and provide the right evidence to strengthen their point or support their arguments. A non-conformance report belongs to standard reports that are widely used in organizational work, in audit, quality control, and other areas. For students, non-conformance report writing skills can come in handy when performing audits or reviews in general.

To define a non-conformance report, we will consider the term “non-conformance” first. Also called non-compliance, it refers to any divergence from the predefined and/or previously arranged guidelines, standards, norms, or policies on practice. A non-conformance can be detected in the course of any review of the work process, for instance, during a quality audit. Respectively, a non-conformance report is a document in which such non-conformance is clearly identified and stated. The purpose of this report is to define the problem in such a way that will result in a corrective action taken by an organization’s management.

A typical non-conformance report should include the following elements: