Sample research essay is the serious academic paper that reveals the student’s abilities as the data collector, the critical thinker, and the unbiased researcher. Its writing presupposes the spending of the efforts and time on the investigation of a certain subject matter from the objective lens and making the solid inferences on its prevention or settlement. The sample research essay below examines the severity of depression in the contemporary society, its symptoms and types, and the ways to remedy it. 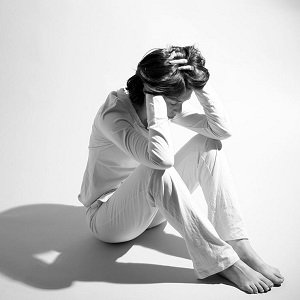 Depression is a severe mental disorder that affects the physical health of the individual. This condition makes the common activities impossible as it considerably changes perception and behavior. The patient becomes passive, dejected and confused. A depressed person cannot perform his duty or work as he loses concentration and purpose. Symptoms and consequences of this mental dysfunction are sleep disturbance, weight loss, apathy, indifference, suicidal thoughts, and attempts. The disease should last two weeks to be diagnosed. During the depression, the person feels the emptiness and suffers stress in public places. Moreover, it provokes hysteria or antisocial behavior, thus, 25 percent of patients commit suicide with fatal outcome.

As a matter of fact, depression is prevalent in people of 45-64 years old. However, the latest studies show that depression rate has raised by 5 percent. Specifically, the pace increased by 2,8 percent in the adolescent perspective. Among the adults, women have more risk to fall into depression. Meanwhile, whatever the tendency is, the forms of depression are quite similar for both sexes. For instance, a persistent depressive disorder or dysthymia is a condition that lasts for two years. A person diagnosed with dysthymia experiences depression along with periods of less severe symptoms. Psychotic depression occurs when a patient has a form of psychosis. This condition transpires into disturbing delusions or hallucinations. The psychotic delusion expresses in a feeling of guilt, poverty, or illness. Altogether, these disorders occur in adults as a result of the regular stress in younger age.

Nevertheless, there are diverse approaches to cure the depression, such as drug therapy, hypnotherapy, brain stimulation therapies, rehabilitation programs. However, medications taken for procurement may cause some side effects that contribute to depression. Hence, it is necessary to find a specialist experienced in treating these illnesses. He or she can help work out the individual and efficient treatment strategy. There are different ways to handle and reduce the depression by setting new goals and life purposes. It is important to be more social and active. Specialists recommend physical therapy and exercising. Simultaneously, antidepressants are also are considered to be the most successful type of treatment here as they contain certain chemicals that control mood or stress. Likewise, the antidepressant medicines improve the symptoms and have the manageable side effects. Antidepressant therapy lasts a month to achieve a desirable effect. In addition, it should normalize sleep, appetite, and concentration.

Consequently, depression is a continuous and complex mental illness that occurs frequently in modernity. It is important to understand and distinguish depression from the bad mood or anxiety. However, these conditions contribute to depression and should be a warning. It is important to find a good specialist to prescribe a therapy and check the improvements before reaching a conclusion about the effectiveness of the particular treatment or ending the therapy.