The Peculiarity of Student Humor 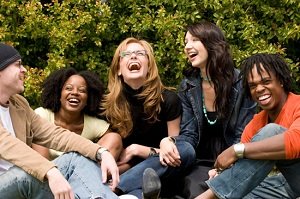 Student humor occupies a specific place in the overall classification of humor because of its intermediary position – there are many cases when specific humor is attributed to people belonging to certain nations, religions, cultures, or to people with specific occupations and hobbies. Students don’t fall into any of these subdivisions, because they represent a group that is unified according to a lot of different factors: age, occupation, area of interests. They are not limited to any particular nation or culture – student humor is curiously similar in most countries, even rather culturally different ones.

The reason probably is that students themselves are not all that different in different cultures, because the way education works is a point of tangency between different states, cultures and nations. As a result, all students are something like this: people who gain relative independence for the first time in their life, undergo a transition from childhood to adulthood, have no full-time jobs, and divide their interests between their studies and social life.

Consequently, student humor all over the globe gravitates to almost exactly the same set of topics:

However, it would be wrong to say that all student humor is homogenous – it differs according to the disciplines students study, and differs a lot. Medical students tend to joke on medical topics, and their humor is generally blacker than average, following the example of medical professionals in general; science students will get into the intricacies of their subjects and so on. However, all student humor will retain one common feature – no matter how complex a topic (always derived from the major subject) is touched upon in the joke, it remains contrastingly juvenile (“Girl, are you a pulmonary embolism? ‘Cause you make me breathless”).

All in all, student humor repeats the pattern along which every kind of occupational humor develops – they take aspects of their everyday life that are of importance and interest to them and turn them into subjects of their jokes, paying close attention to things specific for them, cherishing their own uniqueness. However, the fact that it is interminably connected with a particular age and lifestyle leaves its imprint – student humor can often be characterized by combination of highbrow topics and a completely unserious way in which they are presented.

According to Plato’s theory of humor, it is generally meant to show our own superiority over others (we laugh at those we consider inferior); student humor generally supports this idea – they are very eager to cherish this period of life while it lasts and show its advantages over everything else.