How to Write Project Work

When it is necessary to present a broad scope of information unified in one assignment one should always consider appropriate steps to understand how to write project work. As a complex task, a project requires not only investing significant efforts but also creating a specific guideline that would allow presenting particular arguments in a concise and logically consistent manner. Therefore, while considering how to write project work, a student should go through concrete steps to do a project that would achieve desired objectives. 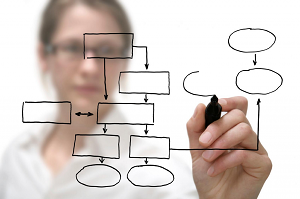 Understanding the Scope of the Project

Before writing the project, one should establish its theoretical framework in the form of defining objectives, considering the particular approach, and determining central deliverables that would assist on the stage of project presentation. Speaking more specifically, a student should find and describe the issue discussed along with explaining project significance and applicability in the context of the particular assignment. On the theoretical phase of project work, a presenter should make the primary emphasis on creating a framework that would determine the causes, objectives, and particular ways to achieve desired outcomes.

After the initial phase of defining the scope and objectives of the project is finished, a student should proceed to the stage of project planning. The essence of creating a plan is about establishing describing and organizing distinct steps that would allow achieving the desirable results in a concise fashion. During the phase of planning, a presenter should determine the influential factors of the project, digress the overall objective into smaller parts, and organize those elements in agreement with their significance and order. One should always remember that project planning allows presenting an overall argument in an organized manner as well as will assist a presenter at a stage of project presentation.

Furthermore, it would be reasonable to say that the climax of project planning stage is about conducting a scholarly research that would allow finding credible and up-to-date data that would make an overall project verifiable and significant in an academic sense. While searching for the information to support the central argument, a student should consider collecting as much literature on a project as possible. Moreover, after the information was obtained, a presenter should choose the most applicable data that would directly represent the central claims of the project.

Additionally, when the plan is ready as well as a student have enough literature, one should consider making a project outline that would not only resemble the primary project plan but also will serve as a guideline during the project presentation stage. During such phase, a student should clearly illustrate the project goals as well as organize thoughts in a written form. Such technique will allow not only follow the project plan but will also provide reminders regarding the most significant moments that a person should emphasize while presenting the project to an audience.

Finally, when all premises are ready to be displayed, a student should remember about particular moments that would allow making presentation comprehensible and significant for an audience. First and foremost, it is crucial to deliver a project from an appropriate angle that would be directed toward particular target audience as well as will be applicable in a real-life setting. Furthermore, one should consider the style of presentation that depends on the context and target audience as well. A presenter should find a specific approach that would not only be appropriate for particular context but will also present the central argument in a logically consistent manner.

5.00 avg. rating (96% score) - 1 vote
This entry was posted by Cristian Dorsey in Writing Tips and tagged