Essay: The Argument for Celibacy 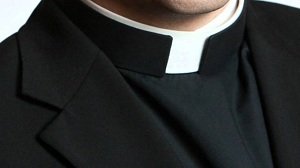 Taking into consideration our sex-obsessed society, celibacy may be viewed as a heavy burden that not every person can take. Nonetheless, the old debates over celibacy have popped up in the news again and today “one of the purest priesthood glories” requires more defense than ever before.

Talking about the profound reasons for celibacy, one should point out the following:

1) Marriage to the Church.

If you open up the Scripture, you will see that usually the Church is depicted as a Christ’s Bridegroom. Thus, celibacy gives an opportunity for the alter Christus to witness through his entire life to the Christ’s marriage to His Church.

Just like the father is dedicated to his kids, the priest is dedicated to his church. Because of celibacy he may not have his own biological children, he can have his parishioners – sons and daughters who will call them Father. This is what sharing God’s fatherhood is about.

3) Celibacy as Purity of an Angel.

Celibacy is not only about sacrifice. It also is about angelic purity. Just as Jesus Christ was a pure victim, the priest should live his life the same way. Some have described celibacy as an angelic purity, which means a priest may take his place among the heaven “citizens” in case he is lifted up to heavens.

4) Celibacy as a Connection with Jesus.

The loneliness the priest may face with might provide him with a solid link to Jesus Christ. In the most tragic times, Christ was all alone – everyone whom He had chosen was gone. Nonetheless, even being aware of the fact that he would die, He stated, “I’m not alone. My Father is there with me”.

Priests should spend in praying more time than those, who live in marriage. And celibacy actually gives enough time to communicate with God. Paul is given a precious advice for those who are married. According to what is written in 1 Corinthians 7:5, “Do not deprive each other, except for by mutual consent for a time … for prayer, but then make certain to return to one another, so that Devil will not tempt you through the lack of self-control.” In other words, the priest, who is not married and has no one else to “return” to, can take advantages from having more time to talk to God.

This was an example of an essay on topic of “The Argument for Celibacy”, written by the writers of our custom writing service. To buy an essay on the necessary topic, please, fill in the Free Inquiry form in the top right corner of this page.