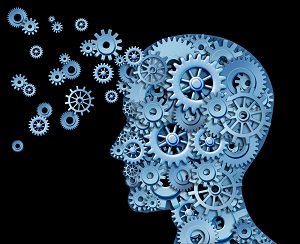 Henry Gustav Molaison, also known by his initials as H.M., is considered the most important patient in the brain science history. He had suffered from epilepsy since childhood and was offered surgery as the treatment of his condition. A neurosurgeon Dr. William B. Scoville performed bilateral medial temporal lobe resection on 27-year-old Henry, who, as a result, suffered severe amnesia, as parts of his hippocampus and amygdala from both sides of his brain were removed. Although such surgery is common nowadays, it was highly experimental at that time, and Dr. Scoville lacked crucial knowledge of the details of how the brain works.

Implications of the Surgery

After the surgery, H.M. could not remember some events that happened up to eleven years prior to his surgery. What was more remarkable, he lost the ability to form new memories. It meant that H.M. could not learn new faces or words after the surgery. Moreover, he forgot the topic he was talking about as well as the person he was talking to immediately after the conversation. However, Henry was able to have normal conversations, which proved that he had the capacity for working memory.

Despite not being able to transfer new explicit memories into long-term memory, Henry could form long-term procedural memories. He was asked to draw a line to connect two points of a five-pointed star by watching his hand and the page through a mirror. Although he could not recall doing such an exercise before, with time Henry’s performance improved. It means that, even though he was unconscious of it, he could learn new motor skills through practice.

Influence on Psychology and Neurobiology

Before the H.M. case, it was believed that different areas of the brain are involved in memory processing. However, the fact that damage to one region of the brain could significantly affect the memory processing and make no impact on the person’s intellectual abilities completely changed the views of psychologists and neurobiologists. Although it took scientists years of further research to determine the functions of every structure in the lobe memory system, the case of Henry Molaison helped to establish the foundation to the process.

The case of Patient H.M. revealed several important characteristics of the brain. First, the hippocampus plays a crucial role in transferring memories from the short-term to the long-term memory. Second, the hippocampus does not store the memory; however, it plays a role in the way memories are organized and stored in other regions of the brain. Last but not least, scientists learned that the brain has several memory systems supported by particular regions of the brain. It was discovered as a result of Henry’s, as well as other people with amnesia, having deficits in specific kinds of memories and still preserving others.