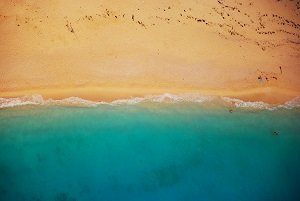 Comparison report example is a written assignment, in which students are expected to list and explain main differences between certain companies, countries, contracts, persons, ideologies, and other objects, events or phenomena. A well-organized comparison report example is a perfect opportunity to demonstrate one’s knowledge of the course material.

Based on a comparison of the U.S. and Australian economies, it is possible to notice that these countries have approximately the same level of economic development. Indeed, both states are advanced, high-income, postindustrial economies. The only minor difference is that Australian GDP per capita as of 2015 was $65,400 while that of the U.S. estimated $56,300. For that reason, however, these countries demonstrate low rates of economic growth that seldom exceed 2-3% per year. The economy of both countries is dominated by the service sector, which accounts for 66% of Australian GDP and 77% of the U.S. GDP. Another similarity is that in both countries import of goods exceeds export, reflecting the increasing role of services and new technologies. Australia and the U.S. also have some similar trade partners. China and Japan are some of the largest trade partners of both countries. In addition, Australia and the U.S. have the same level of fiscal health, having budget deficit estimating 2.1% and 2.4% respectively. These countries also enjoy low inflation rates that are below 2% and pose no threat to their financial and economic stability. One also can remark Australia and the U.S. for a steady growth of industrial production, which reached 2.7% and 3% respectively in 2015.

However, there are some serious differences between these economies. For instance, the Australian economy has substantially lower GDP, estimating $1.48 trillion, and labor force (12.5 million people) compared to $17.97 trillion and 156.4 million people accumulated by its American counterpart. Also, the mining sector plays a significantly more important role in Australian economy than in the U.S. economy while the industry accounts for 28% of Australian economy compared to 20% in the U.S. Another major difference is a substantially lower rate of investment in fixed capital that estimates 16% in the U.S. but 25% in Australia. A well-developed mining industry allows Australia not only to be a more important supplier of ores and other raw materials than the U.S. but also enables it to have significantly higher exports to both developed and developing countries. Indeed, unlike the U.S., Australian exports to China and Japan exceeds imports from these countries because they need ores, steel, and other goods produced in Australia. The U.S. economy, on the contrary, is more focused on offshoring and a greater specialization in high-technology industries. Remarkably, despite having nearly the same level of budget deficit as the U.S., Australia has a substantially higher level of government spending. That might explain why Gini index in Australia only estimates 30.3 compared to 45 in the U.S. as the fact that income inequality has reduced in Australia during the last decades while the U.S. faced the opposite process. These facts reveal that Australian economy is considerably more oriented on the resolution of social issues.

In conclusion, this report demonstrates that both the U.S. and Australian economies are characterized by high levels of incomes and domination of the service sector even though there are some structural differences such as a greater role of the mining sector and exports of goods in Australia compared to the U.S.

3.50 avg. rating (78% score) - 2 votes
This entry was posted by Cristian Dorsey in Essay Samples and tagged