Sample Annotation of an Article 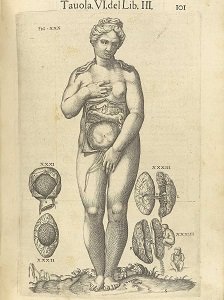 An annotation of an article is a type of meta-data, for example, a comment, an explanation, or a presentational markup, which is attached to the text, image, or another recorded item. Often, annotation includes references to a definite part of the original text. Annotated bibliography adds commentaries on the quality of a source in order to supplement the common bibliographic information that barely identifies a particular source. There are annotations which summarize, evaluate or assess a particular source. Other might reflect on the source’s potential appliance to the impendent project. However, an annotation may include all three of these steps. One should consider the objective of the article annotation and the directions of the instructor when deciding how much information to comprise in the annotation. Thus, the goal of the annotation is to inform the reader of the appropriateness and accuracy of the cited source. The present sample annotation of an article registers the humans body investigations during the Renaissance period in Italy.

Ginn, S. R., & Lorusso, L. (2008). Brain, Mind, and Body: Interactions with Art in Renaissance Italy. Journal Of The History Of The Neurosciences, 17(3), 295-313. doi:10.1080/09647040701575900
The article by Ginn & Lorusso goes about the role of the investigations of the human body and mind in the art of the Renaissance Italy. The authors claim that during the Renaissance period the scientists were allowed to dissect human bodies for study for the first time in centuries. Thus, the pundits of the epoch were the first to conduct systematic anatomical and psychological investigations of the human body and, particularly, the brain. No doubt, that Renaissance artist could witness the dissections. It gave an impetus for the generation of the art which depicted human body as it is, in its natural state.

As for the scientists, they tried to do their best to transform their work into masterpieces too, so many anatomical models and illustrations are still useful for the modern studying. The cross-fertilization of art and science during the Renaissance period resulted in the scientific investigations of neuroanatomy as well as more creative methods in which these analyses could be represented.

The main idea of Ginn & Lorusso is that the gap between theory and practice excessively narrowed, owing to the examination of art and architecture, medicine and science of the Renaissance. As a result, both science and art benefited in an exceptional way. Moreover, the complementarity of science and art could explain and resolve new mysteries of the human body.

This article can be useful for the preparation of the researches or essays on a topic regarding the techniques of prominent artists that worked in the period between the fourteenth and seventeenth centuries. The article gives an accurate description of how sculptors created realistic, dynamic artworks. Notably, the ability to create neuroanatomical illustrations was the outstanding feature of the Renaissance art.

The content of the article can be easily comprehended by the high school and older students. It is divided into several chapters, what can serve to spawn reflection through the students’ own formulation and rethinking processes. The article by Ginn & Loruss is peer-reviewed and taken from the credible source, that is why it can be used as a secondary source for further investigations.