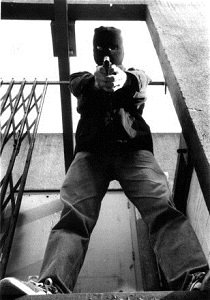 Unpleasant as it may be, but over the last fifty years or so terrorism has become an integral part of life. Numerous groups all over the world pursuing all kinds of goals use it to achieve their ends, and there is still no efficient way of combating this menace. That is why knowing at least the basics of what terrorism is and in what varieties it comes is crucial – and writing an essay on the topic seems like an excellent way of ingraining this knowledge. So, read this free sample on terrorism types to write a similar one of your own.

The first image that springs to mind when most people think about terrorism is that of various Islamic extremist factions like Hezbollah, ISIS or Boko Haram; however, it would be an oversimplification to think that terrorism is limited to them. There are numerous types differing both by the attack agents used by terrorists and by their goals.

By far the most widespread kind is religious terrorism, which tends to be especially brutal due to the fanaticism of those involved and their readiness to both kill and die for the cause. As a result, they often act without giving a thought to self-preservation, using tactics like suicide bombings.

State terrorism often isn’t included into terrorism classifications, but states historically did and still do make use of terror tactics – Nazi Germany, the USSR, Democratic Kampuchea and other totalitarian states come to mind.

Political terrorism aims at toppling the existing government of a country and replacing it with a new regime. They often use such tactics as assassinations, kidnappings, bombings, attacks on minorities and so on. A subdivision of this is separatist terrorism, usually representing a national minority aiming to fragment the country and create their own nation state (or reestablish a nation state that existed before).

Issue-oriented terrorism is a blanket term encompassing all kinds of movements that don’t readily fall into other groups. Most often it refers to ecoterrorism and terrorist groups pursuing social issues but lacking larger political agenda. Ecoterrorists, for example, target objects and organizations they see as endangering ecology: logging camps, whaling ships, mines and so on.
Narco-terrorism primarily refers to acts of terror perpetrated by narcocartels either to battle their direct opponents (e.g., competitors) or to scare population away from cooperating with state authorities.

There are also numerous types of terrorism based on the perpetrators’ methods, most notably bioterrorism (release of pathogenic biological agents), nuclear terrorism (use of nuclear materials for terror purposes), cyberterrorism (use of IT technology to attack civilians, organizations and states to attract attention to a specific cause).

Terrorism remains one of the most prominent problems encountered by today’s civilized world. Despite that only large-scale attacks (like the ones that took place in Brussels or in Paris recently) receive a lot of attention from mass media, it doesn’t mean there are no others. In 2016 alone there have been about 300 terror attacks of various magnitude – i.e., just in 4 months, not much fewer than throughout the entire year 2015 (389). This shows that far from decreasing in severity, terrorism is on the rise.