One of the Sample Psychology Essays to Help You on the Way: Family Therapy

Blog Home > Essay Samples > One of the Sample Psychology Essays to Help You on the Way: Family Therapy 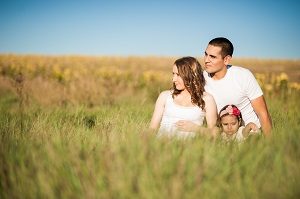 Generally, family therapy can be described as a popular and globally recognized psychotherapeutic approach that is aimed at families as systems rather than on individuals. A family is considered as a basic social unit, on the one hand. On the other, it is a system of mutually related individuals who maintain close emotional connections with each other. If there are problems within the family, every member of it is negatively affected, emotionally as well as socially. While people are aware of the fact that there is individual therapy that deals with an individual’s problems, it is also essential to learn about therapy of the family as a whole. If you are writing a psychology essay, family therapy might be a good topic.

Family therapists strive to improve the relationships between family members and strengthen the emotional ties within the family and reduce the problems to the minimum. Depending on the types and approaches of family psychotherapy, its goals can vary. One of the main purposes of therapeutic intervention in family therapy include is the improvement of family relationships and facilitation of understanding between family members. Another goal might be making a family function better on a number of levels: social, economic, emotional, and others. Other uses of family therapy can be helping to deal with conflicts and problems that may arise on every stage of the family development.

As family therapy evolved, its theorists understood the importance of placing a family into the broader context. Thus, a systemic perspective leads us to conclusion that families are not isolated systems. Interpersonal connections within families are closely related to the cultural and economic environment in which families are formed. Other social systems impact families and each individual family member as well.

The family therapy is a general name for a psychotherapeutic practice that involves working with family units rather than individual patients. There are also different types of it that have emerged over the course of its development. For instance, there is a traditional family therapy and systemic family therapy. The former deals with families and family members, while the latter perceives a family as a system within a more complex system of social relationships and, therefore, considers those as well. Types of the family therapy can vary according to different theoretical approaches, such as cognitive-behavioral, psychodynamic, solution-focused, and many more. The type of the therapy practiced will depend on the therapist’s theoretical background.

There are numerous techniques used in family therapy practice. They include psychotherapy of individual family members, relationship counseling, structural therapy, narrative therapy, the genogram, and many others. For example, the genogram helps to establish intergenerational relationships and detect pathological patterns across generations within the same family. Some would include Family Constellations here as well, but the technique has been heavily criticized and lacking evidence.

The family therapy has a great number of followers as well as critics. For example, Professor William Doherty, a family therapist himself, expressed concern that a significant number of family therapists were determined to repair the damaged relationships even when a far better decision would be to help a pathological relationship end. On the other hand, family psychotherapy has been heavily criticized from the feminist perspective for being paternalistic and hierarchical. By assuming traditional sex roles as the norm, feminists believe, family therapists can cause harm to individuals and their social and psychological well-being.

The family therapy now belongs to evidence-based psychotherapy approaches. There is a significant body of evidence that suggests effectiveness of the family therapy in psychological treatment of individuals. There is a robust theory behind the approach and numerous techniques whose application proved to have positive effect on both individuals and families as systems. Nevertheless, there is some criticism that addresses the qualification of family therapists and questions the concepts of normal families and hierarchy within such a family. Students should bear these limitations in mind when writing psychology essays focused on family therapy.