5 Most Interesting Psychology Research Papers of 2015 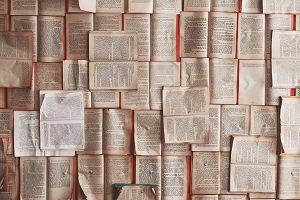 Every year, there is a vast body of psychology research conducted. Psychology is a dynamic discipline, with discoveries made every now and then. You will most certainly need to be on trend if you want to become a researcher yourself. Even if you don’t, keeping up with the current state of psychology will help you during your studies, especially when you are required to write psychology essays, research or term papers. It can be really hard to follow everything what is going on in the scientific community, as it requires a subscription to multiple scientific journals. Besides, students do not need to know every research. For that matter, top 5 of the last year’s psychology research papers will suffice.

As you can see, they apply to different fields of study in psychology. Maybe you will find among them just what you need. You are free to use them for the reference in your own school papers.

1. Fifty Psychological and Psychiatric Terms to Avoid by Lilienfeld S., Sauvigné K., Lynn S., Cautin R., Latzman R. and Waldman I.
Science requires clarity. However, this clarity is not always observed by everyone in the scientific community. Lilienfeld and colleagues have searched for and found a range of terms that remain controversial, misleading, ambiguous, and simply misused in a number of studies. These include: autism epidemic, gold standard, statistically reliable, brainwashing, influence of (any factor) on (any trait etc.), scientific proof, biological and environmental influences, and even more. The paper will help students and researchers avoid common mistakes and logical fallacies in their studies.

2. Estimating the Reproducibility of Psychological Science by Open Science Collaboration
The researchers took 100 experiments that were published in top 3 highly ranked peer reviewed psychology journals and tried to replicate the experiments. The findings have caused unrest in the scientific community, which was not limited to psychologists. It turned out that only one third to one half of all the experiments could be replicated. The remaining experiments produced results different from the original ones. The study reminds us to be alert when we base our evidence on the existing psychology research.

3. Best Friends and Better Coping: Facilitating Psychological Resilience through Boys’ and Girls’ Closest Friendships by Graber R., Turner R. and Madill A.
The study provides evidence that close relationships can significantly reduce the impact of various psychological risk factors. It specifically addresses adolescents (aged between 11 and 19) in the UK from economically and socially vulnerable backgrounds and explores the association between quality relationships and coping styles. Thus, children who have at least one close friend are more psychologically resilient than their peers with no close friends.

4. Gender Differences and Similarities in Receptivity to Sexual Invitations: Effects of Location and Risk Perception by Andreas M. Baranowski, Heiko H.
The study takes on a popular stereotype that men accept sexual invitations more willingly than women. The results confirmed this popular belief. Researchers have also found that, if men and women are presented with pictures of their potential “casual suitors” and allowed to choose one for casual sex, then the gender difference in willingness to accept sexual invitations disappears.

5. Musical Preferences Are Linked to Cognitive Styles by Greenberg D., Baron-Cohen S., Stillwell D., Kosinski M., Rentfrow P.
The current study suggests that there is neurobiological foundation of preferences in music. Greenberg and colleagues found that people, who tend to react to music emotionally, prefer softer and quieter musical genres associated with low arousal. On the contrary, those who tend to analyze music prefer louder and stronger genres associated with high arousal. The researchers suggest that these results can be used in the future for studies on empathic priming and autism.

All of the papers above present us with either surprising or interesting findings. They could inspire some of you to continue research in the particular area, while other would be just a good read. If you are to conduct your own psychology research, be sure to use clear and unambiguous terms. Also, make certain that your results can be replicated by the generations of researchers to come.