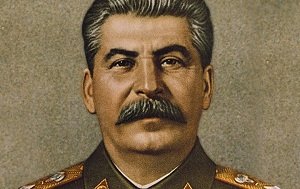 Joseph Stalin is a widely known figure in the history. This man was a powerful Communist leader at the beginning of the era of Soviet Union. The man was a dictator known for his abilities to terrorize the people of the USSR as well as to send them to the labour camps and prisons.

Joseph Stalin was born in Georgia in 1878. At that time Georgia was a Russian province. It is known that Joseph Stalin had a childhood full of troubles. His father was alcohol-addicted. Because of that he tended to beat his son. After the school years Joseph Stalin became a member of the Marxist organization. Being a member of it, Joseph Stalin took part in various violent attacks and strikes. At that time Stalin got into the prison more than once because of his activities. Soon he was sent to Siberia.

Lenin, who at that time was the Communists leader during the Revolution in Russia, admired Joseph Stalin a lot for his hard work. He did his best in order to help Joseph to take the highest positions in the Communist Part as well as Central Committee.

When Lenin passed away, Joseph Stalin began his fight for the leading positions in the party. By 1928 Joseph Stalin had successfully removed each of his enemies and, as the result, he became the only USSR leader. During 1930s Joseph Stalin set his 5-year development plans and was totally concentrated on improving the industry of the Soviet Union. One of the most challenging tasks he faced with was to collectivize farming. To cut the story short, the government simply took away land from the rich owners and set special state-owned farms all over the country. At the same time, they could not provide enough food for people that is why a lot of them simply starved. Day by day, Joseph Stalin increased his power. For instance, the man got rid of every person, who threatened him or who did not support his reforms. A lot of his enemies were sent to the labour camps located in Siberia while the others were simply short. What is more, Joseph Stalin created a huge intelligence agency and a secret police. A bunch of spies were required to gather information from all parts of the globe. The dictator ruled by terror with an aim to eliminate any person who may be opposing to his ideas. Joseph Stalin did his best in order to encourage soviet people to spy on one another.

During the second half of the 1930s the man instituted the Great Purge. That was a series of campaigns specially developed to rid the Communist Party as well as the other aspects of society of the USSR society from the people who, as he believed, were a threat for the country.

In addition to everything said above, Joseph Stalin successfully built a real cult of his own personality in the Soviet Union. A lot of cities all over the country were named after this dictator, in his honor. All the books of the history of the USSR were rewritten in order to give Stalin more significant role in the Russian revolution as well as bring more mythology into each aspect of his life. Besides, Joseph Stalin was the subject of literature, flattering music and artwork, and his name was taken to become an integral part of the national anthem of the land.

It is interesting to mention that Joseph Stalin grew really paranoid right before his death in 1953. The dictator passed away at the age of 74, after having a stroke. Stalin’s body was embalmed and later preserved in the Moscow mausoleum in the Red Square. In 1961 the body was removed and buried new the Kremlin walls.