Sample Essay “Life Improvements Are Turned Against People: the Causes of Overpopulation” 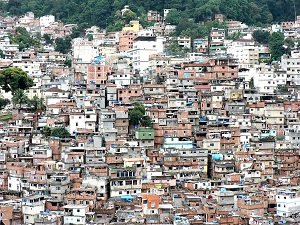 In 1910s, a total number of people in the world were around 1 billion. A century later, in 2015, the global population count reached 7.3 billion people. By comparison, there were only 370 million in mid-1300, in the times of the plague, wars, and other maladies. The number of people globally is progressing at fast pace. What is happening to the world is human overpopulation.

Overpopulation refers to a phenomenon when the birth rate in a species exceeds the death rate. Another usage of the term is associated with natural resources. When the population size exceeds natural capacities of the territory, overpopulation is observed. The effects can be numerous. On the one hand, this leads to exhaustion of natural resources, ecological imbalance, and possible catastrophes. On the other hand, it results in poverty, unemployment, economic imbalance, and decline in the standard of living. The underlying cause for such unfavorable future consequences is technological progress and improvement of life quality.

One of the reasons for overpopulation is technological progress. The emergence of agriculture was the first step towards further development. After humans learned to grow and breed, they stopped to rely solely on natural resources, as they could reproduce those themselves. On the other hand, a need for organized labor resulted in a need for bigger families, with children as helpers in the household. Today’s technological progress looks differently, and it is growing exponentially. It includes mechanization of facilities and labor in general where people do not have to use physical force, which means healthier working conditions.

This also refers to the advanced health and medicine. Human life can be supported and prolonged by various means, from antibiotics to artificial limbs and organ transplants. This has significantly decreased death rates globally, especially in the developed countries. One of the most important factors was improvement of the sanitary conditions globally and change of sanitary norms. At the same time, childbirth has become safer, and childbirth-related mortality rates dropped. Reproduction problems can be solved much easier than previously with a number of reproduction programs available.

In developing countries, the same tendency can be observed. However, there is also a lack of education among the general population. While mortality rates have dropped, their birth rates have remained almost the same, with an average of 3.3 children per woman. This leads to exhaustion of resources, unemployment, greater poverty, which results in even smaller percentage of educated people. Lack of education is one of the main reasons for uncontrolled birth. People from less developed countries are less familiar with family planning programs and birth control than their counterparts from the developed countries.

Increased birth rates, life-prolonging advances in the health industry, technological progress, and food distribution were the main causes for the population growth. On the one hand, they all lead to general improvements of an average person’s life quality, but on the other, they are causing far greater problems in the future due to the overpopulation. With the world’s population increasing rapidly every year, there is a pressing need to take measures that would help to maintain the natural balance.