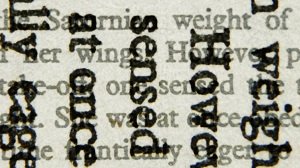 Fahrenheit 451 is the famous dystopian novel written by Ray Bradbury and first time published in 1953. In this work the author tells the story of a future American society where knowledge is outlawed, and firemen burn any literary works they find. Throughout the entire novel, Guy Montag, the main character of the book, serves as a perfect example of a truthfully heroic character that depicts the process of a hero’s personal transformation.

Guy Montag is the protagonist and the central character of the novel, however, he also reflects the social order the world population may reach someday in the future. As the story develops, he apprehends the catastrophic outcomes the people have reached by focusing on materialistic concepts and ignoring their past moral values. This is the main element that differs Guy Montag from the average people living in a closed society.

Ray Bradbury succeeds in portraying the experience of the person living under permanent state control, who is required to follow the commands in order to earn money for living. He represents the totalitarian system, in which one lives without any thoughts or questions since they may cause additional problems and make life even more difficult than it is. In fact, these people are the most dangerous elements within each social group as they ignore the general moral norms, thus, they may perform any action that is required regardless of the outcomes it may bring to others.

As the novel develops, Guy Montag turns into absolutely heroic figure that conquers the reader’s love and respect. In order to reach this point, Montag performs a number of particular actions that actually make him a hero. Being obligated to burn the homes of the people that gather knowledge, he once decides to steal the books and hide them in his own home in order to read them. This portrays Montag as a truly courageous person, who takes his first steps to beat the existing system. Subsequently, he starts seeking for his own way of struggle by finding the followers of his ideas and developing a plan for reintroducing books into society.

One may consider Guy Montag the person that shows what the concept of heroism means. He rethinks the concepts he has been following for his entire life as well as he takes actions that are opposed to the existing regime. He is a hero in striving to be a changer, the person who attempts to build a better society regardless of the dangerous consequences it may bring in his life.
To conclude, Ray Bradbury succeeded in depicting the story of a person that can be considered as the true hero of our time. First being pressured by the system existing in the society, Montag then starts rethinking his life philosophy. Subsequently, he becomes the one aims to change the existing order and create a basis for a new society to develop, where knowledge and morality would be valued.

5.00 avg. rating (98% score) - 1 vote
This entry was posted by Cristian Dorsey in Essay Samples and tagged