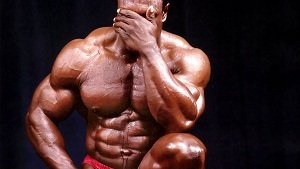 Winning the widely known title of Mr. Olympia 2014 is not an easy task. A great bunch of highly popular professional bodybuilders have provided their candidacies for Olympia success. Nonetheless, only 13 candidates have been crowned. The most elite iron warriors are always thriving to get the most important status in their lives.

The famous Mr. Olympia show 2014 – being held in the USA (Las Vegas) for sixteen years in a row – will represent the good old bodybuilders as well as fresh faces who are dreaming about fame and recognition. The number one question for the Mr. Olympia 2014 is whether the famous three time champion Phil Heath can hold the winning status, or if his opponent Kai Greene will achieve the title. In other words, the most bets are now on Heath. However, to my personal viewpoint, there will definitely be a brand new winner this time! Aside from the obvious threat from the side of Kai Greene, there are two stunning candidates, who can reach the stars – William Bonac and Victor Martinez.

It was a pretty hard task for me to point out the most successful candidates for the Mr. Olympia. Nonetheless, I have conducted a little research to make sure my choice is right.

First goes William Bonac. The man represents the top 10 group at the Olympia and, to my mind, he is one of the prestigious potential winners of Mr. Olympia 2014. He is the newcomer with all required credentials and full potential needed to hit the Mr. Olympia 2014. William Bonac has a lot of notes to be proud on his resume. The man is the Australian Pro Grand Prix runner up and the 2014 Golden State Pro winner, who possesses a unique combination of amazing shape as well as round, full muscle. There are no weaknesses or copious amounts of shredded and think muscle distributed all over his compact frame, William Bonac is absolutely ready to reach the highest ranks in the bodybuilding. At the same time, this is the first Olympia for the Ghana native. Perhaps, he cannot boast of the demonstrated experience required to unseat his competition, but the man is going to definitely make it.

The second candidate in my personal top 2 Mr. Olympia 2014 is Victor Martinez. Maintaining a professional bodybuilding career Victor Martinez is definitely a super star. Throughout his 13-year professional career, this man continued to grow remarkably as a bodybuilder, in spite of legal woes and injuries. Despite a pretty disappointing place Victor Martinez took last year (the 13th), the bodybuilder presented amazing development at the well known Arnold Classic this year and, what is more, he was rewarded with the fourth place. When it was the time for IFBB PBW Tampa Pro, Victor Martinez seemed to be more streamlined than ever before and got the desired victory. The experts tend to believe that this time Victor Martinez is not going to be the winner. Nevertheless, in my personal top list he is a worthy Olympian.