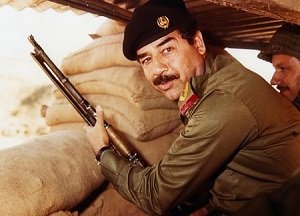 The famous dictator is dead now. Accused of committing various crimes against humanity and, as a result, executed, Saddam Hussein remained defiant till his last breath. However, everyone who feared the former dictator and the possibility him somehow finding the way to return to power and go on with his reign of terror – political imprisonment, mass murder, electric shock, mass murder, rape rooms, assassinations as well as religious persecution – can breathe freely now.

But there is always the other side of the coin. When the government of the United States of America apparently pulled the dictator out of a hole under a mud hut in his Motherland, the US suddenly felt as though the confrontation with Iraq was worthwhile and, what is more, as though they had achieved something. Well, they really had! First of all, they killed thousands of Iraqi citizens, hundreds of the soldiers from the USA, destroyed stability and infrastructure of the whole country, and made the global community hate it even more than ever before – all for a completely unnecessary war, which was 100% based on fake pretenses.

In 1991 the first President Bush administration betrayed the citizens of Iraq. The head of the nation publicly exhorted the Iraqi’s in order to revolt against the dictator right after the first Gulf War. Once they followed his advice and did it, they were provided with no support from American capital. Saddam Hussein then killed tens of thousands of people, who actually defied him. And the whole point is that he did that using the weapons that the United States of America provided him with in 1980’s. When the slant of Kuwaiti drilled under Iraq in order to steal Iraqi oil, the dictator made the warning and asked them to stop, or there would be a confrontation. They did not and, as a result, Saddam Hussein got the permission from Washington to start the war.

When he did, the United States went to war with the dictator. In other words, it was a simple setup to enrich the ones who keep the international war machine under control. Dupont, Union Carbide, Betchel, Honeywell, all companies of the US supplied the dictator all issues he needed to start the war. At that time Saddam Hussein was already using chemical weapons when Washington started providing him with them. To say more, the banks of America gave him billions.

Hussein may have been a cruel dictator, but what generated the war in Iraq was not the evilness of a single ruler, but a President who is being used by the globalists to promote their ambitions. The United States of America was the power that gave birth to Hussein and provided him with everything needed to manufacture mass destruction weapons, so long as Saddam believed he was using them to kill the other Arabs…The very moment their “child” was no longer convenient for them, they invented a bunch of reasons to justify their attacking at the other land and killing a lot of innocent people in the process.

Unfortunately, those who start the wars never end up dying on the firing line…It is not citizens of Iraq who put the dictator in power, but the USA, under the strict control of the globalists. The Iraqi’s never attacked the USA, they never supported war. This is absolutely the Pentagon’s fault. Of course, Saddam Hussein deserves to be accused for his crimes against humanity, but at the same time American government should also stand trial for what it did.