Sample Essay on School Shootings: Separate Actions or an Epidemic? 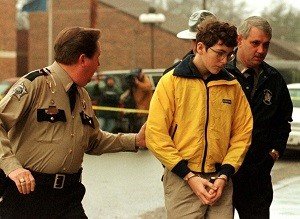 There are loads of hot debates over the causes of school shootings that inevitably spin off into all kinds of panic and cultural complaints. However, the fact about all these tragedies is that it is highly important to understand that all these shootings follow completely different patterns. Typically, high school shootings differ from the college ones. When it’s about school shootings, there are some commonalities that are both – universal and near-universal.

First, school shooters are not lone wolves, as it is typically believed. They are not alone in their everyday lives, experts say. Their routine experience is of being trapped in social friction. They are constantly faced with rejection; however, they exert every effort in order to join social groups. But they fail to do so. First of all, a potential shooter might be prone to clowning all over. The thing is that shooting is the final act of a long-lasting life drama, where all efforts to hook attention of the others failed. Unfortunately, they choose shooting as the last attempt to gain attention. This shooter-to-be starts talking about his intentions in a crowd for months in advance of his actions. That’s when they start getting the desired attention, sometimes from the boys, who are bullying them.

Second, school resource officers are the key to preventing these tragedies. As a rule, the so-called ‘soft cops’ are retired police officers, who must hang out in the high schools and get to know all the young people. These officers are required to have everyday contacts with the students and gain their trust. Why? The point is that in any case, students will most likely share their problems with someone they have developed a trusting relationship with. Whether there are school resource officers at any high school, it’s crucial that its administrators respect the anonymity of every student and never come down hard on him/her, no matter what the situation is.

Third, the media has its effect on the school shooting tragedies; however, there are two sides of it. A lot of TV commentators have questioned whether the fact that media covers these incidents contributes to them. All the shooters are in need of attention and that’s what the media coverage provides them with. On the other hand, due to the multiple TV coverage of school shootings, there is a certain trend among the students, who make sure to report various suspected plots. And some of them turn out to be pretty dangerous. In other words, the TV coverage can to some extent solve the problem of kids being careless to reach out administration or authority figures.

So, while some researchers admit that they are unsure whether the media coverage prevails over the risks, it’s pointless to say that media is responsible for this (in case they stopped talking about it on TV everything would be just great). Such considerations are pretty naïve and have no evidence provided as supportive facts.