Sample Essay on Concentrated Solar Power: How Does It Work? 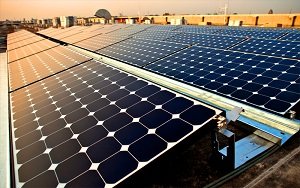 A standard way to produce energy is by heating water and using its steam to spin the turbine to launch the generator. It is the latter which actually produces electricity. Most commonly, power plants boil the water by burning fossil fuels. However, it is not efficient due to a number of reasons. First of all, the natural resources used to produce heat, which is then converted to electricity, are not inexhaustible. They get drained every year. Secondly, burning fuels causes environmental harm due to stuff like CO2 that results from such method of power generation and pollutes the atmosphere. Thus, there is a need for alternative power sources which can provide for the needs of the present-day population. Concentrated solar power is one of the fast-evolving energy-obtaining methods in the world.

If fossil fuels get changed to another source of heat, such as sunlight, in a steam generator, the result will be the same. Traditional concentrated solar power plants collect sun-generated heat with the help of special mirrors. They concentrate heat and aim it at specific areas where water (or other fluid) boils and its steam spins the turbine. The most common types of the solar power installations that use steam generators are solar power stations. They consist of a power tower, which contains a large amount of liquid and a generator, and a field of solar plates which aim direct concentrated solar heat at the tower.

Another way to generate electricity by using solar power is through photovoltaic cells which are easily installed and widely used. In simple words, these PV cells transform photons into electrons, which is how electricity is produced. The amount of energy generated with the help of solar plants is termed photovoltaic solar energy capacity. While five years ago countries measured their PV solar energy capacity in megawatts, it is now measured in gigawatts. Most world’s countries are starting to experiment with solar power, and there are leaders in this growing industry.

The number one country to produce solar energy is Germany, like it was five years ago. In 2015, it had 35.7 GW solar power capacity installed, while in 2010, it had almost 10 times less (3.7GW). While Germany is the leader in capacities installed, Italy tops the list with the greatest percentage of solar energy produced, 17.6 GW. In 2015, 7.8% of the total amount of electricity was generated with the help of solar stations. China, the top carbon polluter, has taken the second place in solar energy production with 18.3 GW in 2015. By 2017, the country plans on increasing the amount of renewable energy up to 70 GW. The fact that China is the biggest solar panel producer helps it reach its targets significantly. The remaining countries in the top 10 list are Japan, the USA, Spain, France, Australia, Belgium, and the UK, in the respective order.

If one compares the amounts of gigawatts of solar energy produced in 2010 and in 2015, one will see an increase in the capacity which is thousands of percent in some countries. It is a positive trend that might lead to major economies switching to renewable energy sources in the future completely. This will lead to more rational consumption of natural resources and help decrease the level of atmosphere pollution with carbon dioxide and other substances.