Comparing Student Slang from the USA, Australia and Canada 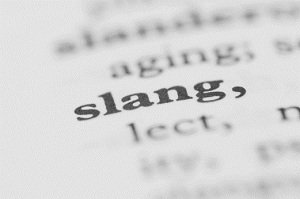 When you’re learning English, you’re dealing with the so-called “proper” language. Then you go to Canada or Australia and…wait a minute, what is that? You hear something strange. For instance, you arrive to Melbourne and hear words like: BYO, breaky, Barbie, mozzies and so on… And you feel like – what the hell?

Going to study in Canada? You’ll most likely hear something like “hoser” (hopefully not towards your personality) which means “unpleasant person”. When local students are not feeling well, they may say “mawga” or “owly”, while the USA student would say he feels rather “beat”. Make sure to land a helping hand to your Canadian class mate if he says that he’s “got into the kerfuffle”. Everyone needs to get from a “messy situation” from time to time.

There are also expressions in Canadian and Australian English that are even more difficult to comprehend. Let’s say, someone approaches you and says “Hey, check out that guy’s budgie smugglers”. You will be surprised to know that this time the question is about the men, who wear speedos. You may happen to hang out at the local bar and suddenly you pal says something like “that’s my shout mate”. Make sure you know this one since the shout mate is the one, who’s going to pay.

If you’re in the land of kangaroos and you find yourself in some sort of an argument, and you act a bit unreasonably, get ready to be told to “pull ya head in”. If you’re 100% sure that you’re right, you may tell your opponent “fair dinkum mate”. And while in the United States they say “Dammit!”, in Australia and Canada its equivalents sounds like “Bloody oath!” and “Bloody hell!” respectively.

If you conduct a little research, you will see that nearly every word in Australian English has an extra “o” at the end of it. For some unknown reason Australians shorten all words and add “o” at the end, like in “serv-o” that means “service station”.

As for Canadian weird slang that can be heard among students, one should point out “eh”. This simple word can be used all the time and everywhere. Some people use it as a so-called interjection meaning “please, repeat that”, while the others use “eh” as a substitution to “excuse me”.

In case you’re really stuck with the Australian, Canadian or USA slang, make sure to greet people with “G’day” and add “mate” at the end of every sentence in first case, “How are ya?” in the second case and “Sup?” in the third case.

5.00 avg. rating (98% score) - 2 votes
This entry was posted by Cristian Dorsey in Interesting Stories and tagged