The Hierarchy of College Students 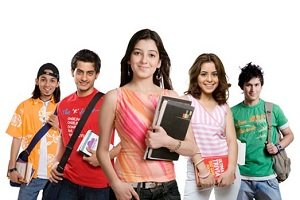 The course of training in most American colleges takes four years, and students are usually referred to as belonging to one of the four groups, depending on which year they are in. However, rather than base the names of these groups on the number of the year, American educational system uses its own system of terms, calling them freshmen, sophomores, juniors and seniors. There are some variations on this topic, but this hierarchy of college students is still readily recognizable by any American.

But what exactly do they mean? And what does it mean to belong to this or that group?

Freshman (or fresh, frosh, fish, fresher, freshie, newbie, fresh meat and so on) is a first-year student who has just entered the college and is perceived as a wide-eyed newcomer, unfamiliar with local customs and traditions. As the number of derogatory slang names for it implies, they are generally not treated with particular respect by other students and have to gradually come to grips with their new status, learn how to stand their ground, understand how to choose classes and manage to deal with them on time and so on.

Sophomore is a second-year student, and the nature of being one is best expressed via the popular etymology of the very term defining him or her – ‘sophomore’ is believed to be derived from Greek words ‘sophos’ and ‘moros’, meaning ‘wise’ and ‘fool’ correspondingly. As a result, sophomores are ‘wise fools’ in the meaning of being at the same time pretentious and immature – perhaps it is meant to show that they consider themselves experienced and worldly-wise, behave condescendingly towards freshmen but lack the real knowledge of college life. There is, however, another, less unpleasant variant of etymology – from the word ‘sophumer’ which used to have the same meaning as ‘sophism’.

The next two years are called Junior and Senior; these names are not connected with any anecdotal etymology and they themselves are considered to be students proper – they know how college works, what is expected of them, are usually seen as shamelessly skipping classes but generally managing to do everything on time.

Although these names are now used exclusively in the United States (British second-year students tend to get very annoyed when called sophomores, for example), the curious fact is that originally these names come from Cambridge, where they were used, in a slightly different form (Fresh Men, Sophy Moores, Sophisters or Junior Sophs and Senior Sophs) in 17th century. This means that in some ways American colleges adhere to traditions even more than their British counterparts.

Of course, it doesn’t exhaust the topic of hierarchy among the students: there are Greek, honor and secret societies, sports teams and many more ways of differentiating oneself from others – but they differ from college to college and cannot be called comprehensive. All in all, it can be said that student community is a vast and not always clearly comprehensible system – in order to truly understand it one has to be one of them, in this or that particular college.