There are different types of essay writing, such as explanatory, descriptive, argumentative texts, or compare and contrast essays. All of them have own peculiar features and requirements for their structure and organization. However, there is a common characteristic for any of the essay types: the length of an essay has a fixed number of words and paragraphs. The minimal length is 3 paragraph essay example which consists of an introduction, main body, and conclusion. 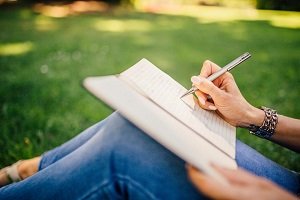 Although there were many powerful women in history, Margaret Thatcher is worthy of being named the most influential one because she revealed strong willingness to achieve goals and endless allegiance to the political cause of her country. Her hard-working, high erudition, dedication to own principles and views and the indestructible sense of purpose inspire many people to uncover the secret of becoming such a person.

Such expressions as “I am not able to do it” or “It is so hard to do” did not exist for her. She adopted them from her father as well as a credo, “Do not follow the crowd, let the crowd follow you”. M. Thatcher not only raised the economy of Britain to the highest positions in the 1980s but also stimulated about 150 countries throughout the world to follow her methods of governing. As a matter of fact, the so-called “Thatcherism” became the most popular and successful way of governing a country in twentieth and twenty-first centuries. It was so because she knew that the “crowd” was demanding things that were not essential for Britain and the world at that time. She was intended to change everything, and she actually did it because she did not let the public prevail over her. The genuine characteristic of her personality is that her political views were untraditional and radical for those times. She was not afraid of being censured because of her uncompromising position, as opposed to the policy of the most deputies. She believed that saving of low taxes was necessary in order to stimulate citizens to work harder and industriously. Apart from this, she voted for the legalization of abortion and the liberation from the persecution of sexual minorities. She knew that these changes would stun the society but she also understood that it was necessary for Britain. Ultimately, all her actions were always accomplished successfully because she was brave and modern enough to destroy old inefficient ways of governing and bring innovative ideas to life.

To sum up, it is impossible to overvalue her role in the economic and political life of Britain. Yet, her assertiveness, steadfastness, mental quickness and fearlessness in the face of insoluble problems are those features which please thousands of people. It does not matter how much she did for her country because her personality itself is much more interesting and captivating thing to get to know. She always used to say that a person should not give up on herself to become an inspiring example for the others. Indeed, M. Thatcher never stopped doing what she had to do in order to reach important purposes even if no one would appreciate her methods of reaching them.

5.00 avg. rating (97% score) - 1 vote
This entry was posted by Cristian Dorsey in Writing Tips and tagged