Example of a Complete Research Paper 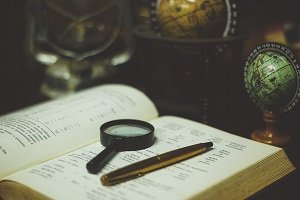 An example of a complete research paper is one of the things that every student needs to have in order to understand how to write own research paper. Furthermore, the example of a research paper allows students to demonstrate their ability to conduct a thorough research, analyze information from a variety resources and make logical conclusions.

The economic crisis of 2008 significantly affected Spain more than most of other European nations since the country faced a long period of stagnation and a sharp increase in the unemployment and poverty rates combined with persistently high budget deficit. Such a severe crisis was believed to be impossible in a country that maintained relatively high standards of fiscal discipline. However, Spanish pre-crisis economy had few prominent characteristics that are crucial for the understanding of this problem.

First of all, Spanish economy was significantly affected by the real estate bubble and booming construction industry. Certainly, all countries face declines in property prices at some point, especially during periods of recession. However, Spanish policies favored construction while banks actively provided loans for purchasing property, and most of their financial resources were concentrated in the construction industry. As a result, a substantial share of economic resources was spent on construction, exceeding normal levels observed in other countries. In 2007, at least 14% of the labor force was employed in the construction sector that created 16% of the GDP. When the crisis began, the demand for real estate fell dramatically since both Spanish and foreign consumers confronted with a decline in incomes and began reducing spending on new property. However, as the construction sector provided 23% of all jobs and 25% of the GDP, a sharp decline in the demand for real estate resulted not only in the collapse of the industry but also in a serious recession and a sharp increase in the unemployment rates. This situation also led to an increased number of loans that could not be repaid because of the financial problems or even bankruptcies of banks. In such conditions, the government had to deal with few serious problems simultaneously by trying to support jobless citizens, bailout banks, and stimulate the economic growth. A similar collapse of the building industry played a prominent role in the Irish financial crisis. In essence, the Spanish crisis was caused by the lack of diversification and an excessive reliance on the industry, which experienced a clear overproduction.

This lack of diversification affected not only banks but also the public sector, specifically financial resources of the local governments. In Spain, local governments enjoyed a high degree of financial autonomy, having the right to collect own taxes and cover most expenses on social services, regulatory sphere, and other activities. However, the property tax was the main source of income for local governments. Therefore, once the property industry collapsed, many regions were suddenly confronted with the severe deficit of revenues. In such a way, the Spanish financial crisis also became a crisis of local budgets that further complicated the situation because the central government had to provide financial aid to its regional counterparts. As a result, the government was forced to introduce even more severe austerity measures to balance the budget what in turn created new social and economic problems.

In conclusion, findings of this research show that the severity of the Spanish financial crisis was caused by the lack of economic diversification. Furthermore, this research shows that economies that overly rely on the construction sector might be more likely to experience serious financial crises because property prices tend to change significantly and unpredictably.