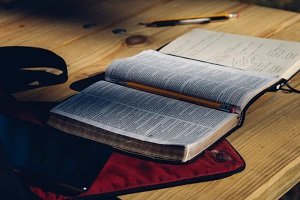 The exemplary article summary is a type of academic paper which gives an objective image of the written content of any information note and represents its key ideas. Brief composition helps to separate the main points of an article from the less significant additional data. It should include only relevant details with the aim to explain the central idea of an article. The example article summary that is given below contains the cumulative matter of a selected news note.

The editor J. Titcomb contributed an article under the title “Google I/O 2016: What to expect from Android N to virtual reality” to an electronic version of the Daily Telegraph. He enlightened that an upcoming technological forum would be devoted to the latest elaborations of the Google company specialists. This event is held on an annual basis and thousands of developers attend it with the purpose to find out about the most recent innovations of the company.

Much space in the article is devoted to the description of mass expectations of the aforecited forum. There are five main parts of the article which are entitled in accordance with the projects of the Google Company. To be more precise, those are Android N, Virtual Reality, Chrome OS, A rival to the Amazon Echo, and Artificial intelligence sections. To start with, the author states that the next generation of the Android operating system is expected to be launched. It has a codename “Android N” being the seventh version of the most popular operating system in the range. The device includes such new generative features as application multitasking and improved capacities of a battery. Secondly, during the above-mentioned event the company executives will present a new version of virtual reality headphones. In addition, the Project Tango which is dedicated to the development of three-dimensional scanning is likely to be launched. Thirdly, Google will display new capacities of its Chrome operating system which is expected to merge with Android. However, the company managers denied all rumors alluding that the two operating systems will be able to interwork. In the fourth place, it is necessary to mention that the company will unveil its intelligent assistant that is expected to compete with the Echo, an Amazon’s device. It could likely gain popularity with the intelligent technologies admirers since the Google company has already displayed its progress in this field creating the Project Brillo. Finally, some new products related to the artificial intelligence are expected to be shown as the representatives of the company pointed at their strides in this sphere.

All things considered, it is possible to summarize that J. Titcomb emphasized the main fields in which the Google Company has been making the grade from an objective point of view. He referred to the most significant inventions that are expected to be produced after their presentation during the Google I/O 2016 event. The main fields of the Google company elaborations which are cited in the article include operational systems, virtual reality accessories, a new intelligent assistant device, and some unannounced inventions connected with the virtual reality and artificial intelligence.