An extended essay is an academic work that is a part of most international baccalaureate degree programs. Extended essay example is larger in volume than a regular academic essay, as it consists of up to four thousand words. It is a particular research paper aimed at evoking the student’s abilities to conduct independent research. Extended essay example reveals that the conducted research in most cases governs a topic that is within the fields of interest of the student – it is a test of the student’s creativity and resourcefulness. 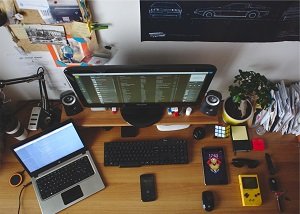 The question of how violence in the media affects the minds and behavior of teens has been a popular topic for debate between both scholars and politics throughout the world. Since video games have become a significant part of modern media entertainment, it is only reasonable that it is often questioned whether violent games have the potential to harm kids and provoke aggressive behavior. It is an important point of interest for parents, and thus, the conducted extended research is bound to shed a light on the question whether the relation between violence and video games actually exists.

Recent studies revealed that certain parents have felt anxious regarding violence in video games. Politics have started to recognize video games as an equal means of media entertainment and introduced ratings and limitations accordingly. Numerous researchers and agencies have begun to investigate the issue of violence in video games and how it affects child behavior. While the American Physiological Association decided that violent video games indeed provoke aggressive behavior, most researchers disagreed, calling the results of the association’s study as being full of flaws and unscientific.

A research published in the Journal of Communication suggests that while the consumption of media sources has drastically risen over the last decades, the crime rates became lower. Since video games are considered to be a significant part of the media, one can assume that this proves that crime rates are not related to them.

Another research was published in the Journal of Psychology of Popular Media Culture. A series of experiments was conducted with British children that revealed that not only did the games pose no harm, but that the children who played online games were less likely to have difficulties in socializing with other kids.

Just as the most findings suggest, the information in the Texas University report on the issue also revealed from little to none of the relation between games and violence. In the report the research studied the preconditions of family violence. While the research found that violence was caused by a number of reasons such as social inequality, poverty, drugs, and alcohol, video games were not among them.

In order to summarize, most researchers revealed that the common stereotype that video games cause violence is false. While some parents and politics believe otherwise, surveys and experiments show that their precautions are mere prejudice. It is suggested that a regular healthy person should not attempt to harm others after playing an action game, just like he/she should not do so after watching a Hollywood blockbuster at the local cinema.