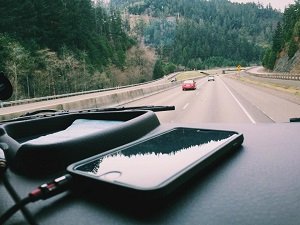 The popularity of mobile phones has led to a number of unintended and negative consequences. Thus, in addition to the benefits these devices offer to its users, they also can be dangerous in case of misuse. Texting while driving can become a distracting factor leading to a car accident and resulting in injuries and deaths. In fact, some drivers neglect their safety and the safety of surrounding people by reading or typing messages on the touchscreens of their gadgets. Therefore, the use of cell phones while driving is dangerous since it takes the attention away from driving increasing the chances of a car accident.

Texting while driving involves reading, composing, and sending text messages via a cell phone while driving a car. The problem of texting while driving lays in its negative effect on the driver’s ability to concentrate the attention on driving. Distracted drivers pose a threat to themselves and surrounding people since their inattention increases the risk of a car accident.Texting while driving distracts drivers visually, manually, and cognitively. Visual distraction occurs in the result of looking away from the roadway with the purpose to visually obtain information from the screen of the cell phone. Manual distraction occurs when the driver takes a hand off the steering wheel with the purpose to type a message or make another manipulation on the device. Finally, the driver becomes cognitively distracted in case he/she has to think about something he/she read on the screen of the phone. All types of the aforementioned distractions increase the risk of a car accident.