Definition and Characteristics of Genocide 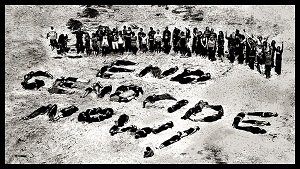 Genocide is usually determined as the extermination of a particular racial, ethnic or religious group of people, which is made on purpose. In comparison to crimes against humanity and war crimes, genocide is usually considered to be the most serious and the most offensive type of a crime. In the most horrific cases, genocide pits people from neighborhood against each other (sometimes even relative against relative). In contrast to the war, where all the attacks are of a general nature and the key object of the whole battle is usually the control over a particular political or geographical region, genocide is conducted in order to attack an individual’s beliefs, identity, and the object is either a total elimination or a strict control over a whole group of people.

If you take a look at the twentieth century, you will track a sad line of genocide history, which covers:

Since 1948, the representatives of the United Nations defined the genocide as the following: “the act, which is committed with the main intent – to devastate, in part or in whole, an ethnical, national, religious or racial group, such as…” Actions, mentioned within the definition provided above, are the following:

There are 4 key characters (types) of genocide. Nonetheless, any genocide can have several characteristics at the same time.

First type – Ideological – is committed in order to achieve a perfect structure of the society, where every member have the same beliefs and are 99.9% alike. As an example, one can mention Cambodian, Armenian, Roma/Jews (by Nazis in Germany) and Kurdish genocide.

Second type – Retributive – is usually undertaken by the individuals in order to eliminate a potential or a real threat. Usually this type of genocide may occur in the situation when one group of people dominates over the other and is afraid of possible rebellion. As an example, one can mention the Rwanda genocide.

Third type – Developmental – is undertaken for economic purpose. The representatives of the government make use of this type of genocide against individuals native to the area that they are willing to use for mining, building, etc. The brightest example of developmental genocide is the Paraguay genocide.

Fourth type – Despotic – is undertaken in order to spread terror among potential or real enemies. That is exactly what happened in Uganda.