Illustrative essay example, often called an example essay, is a type of a composition that proposes a general statement and proves it with a particular example and/ or an illustration. The purpose is to illustrate a point through the use of the valid evidence. A thesis is the most essential element of the illustrative essay example, as it is basically a controlling idea of the paper. 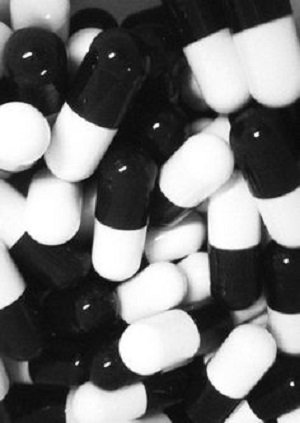 The Benefits of Drug Decriminalization: Portugal

The global war on drugs started in the early 1960’s after The UN passed a 1961 Convention on Narcotic Drugs that was aimed at creating a society free of drugs. Since then, the drug policies of the UN member countries were significantly restricted. The disadvantages of the war on drugs include increased tension between races and nationalities; strict sentencing of the individuals with a potential of becoming proper society members; and high level of corruption. Most importantly, the problem is that the war on drugs is a smokescreen that does not address the real causes of substance abuse and unintentionally supports illegal drug trafficking. The evidence shows that Portugal, a state that decided to decriminalize drug use in 2001, reached a significant success in reducing adverse effects of drug use and drug trafficking.

The change in the policies was a response to a major public concern. The important changes made in 2001 resulted in passing the drug-related responsibilities from the Ministry of Justice to the Ministry of Health. Since then, the government has changed the views on drug abusers from treating them as criminals to treating them as patients. The possession of small quantities of drugs results in the person being faced by dissuasion commission that consists of a lawyer, doctor, and social worker. Depending on the case, the board decides to prescribe a treatment or impose a fine.

Before decriminalization, Portugal suffered from a nationwide drug epidemic that was a result of a weak economy and decades of isolation under the dictatorship that began in 1974. As a consequence of that, more than 1 percent of the country’s population was addicted to drugs, and the rate of the AIDS-related deaths in Portugal was the highest among the European nations. As for 2012, the continuation of the drug use among young people aged 15-24 decreased from 45 percent to 30 percent. Young people usually are among those of the highest risk to become drug abusers, so the statics named above is quite an improvement.

Moreover, drug-induced deaths have decreased from 80 per year in 2001 to 16 per year in 2010. HIV infections among drug addicts are dropping at a steady pace. In 2001, the approximate rate of HIV-infected drug abusers in 2001 was 1000 people a year. In 2012, the profound change was reached, and the number of newly HIV-infected drug addicts decreased to 56 people. The decline in the imprisonments for charges related to drugs coincided with the increase in the number of hospitalization to the clinics that help to beat the addiction. Though the decreases in significant rates related to drug abuse do not automatically mean the resolution of all drug-related challenges, Portugal is definitely on its way to global change.

To conclude, the liberalization of drug-related policies to not lead to the demoralization of population, as claimed by the supporters of the war on drugs. Drug trafficking in Portugal is still a punishable crime, but the focus of drug policy was switched towards people who suffer from substance abuse. Unfortunately, a war on drugs usually results in the war on people with health issues, or a war on recreational users of soft drugs. The positive example of Portugal proves the extraordinary potential of drug decriminalization.