The Essay Topic “The Importance of Music”: What to Write and How?

Blog Home > Essay Samples > The Essay Topic “The Importance of Music”: What to Write and How?

Listening to music instead of writing an essay? Pretty well! Most research studies indicate that background music can potentially improve your learning outcomes affecting your cognitive abilities and mood. Surely, it shouldn’t be hard rock or dance music. It is easier to find inspiration and encourage creativity with the help of calm music. And it is scientifically proven. Look! In all of us, there are such brain waves as Gamma, Beta, Alpha, Theta, Delta. For example, the common beta wave during a day is between 14 and 40 hertz. What happens to your brain when listening to music? Our internal brain waves are affected by the external frequencies of music. It is better to listen to alpha, theta, or even delta frequencies to tune in to the right wave-length while writing an essay on the topic “The Importance of Music”. Try out listening to the relaxing music, which you’ll find below, to get focused enough. It is chosen for you with the consideration of time needed to read this article to the end and write a good essay on the assigned topic – about half an hour. Take into consideration all the key points to write an essay in an hour. Take it away!

The Role of Music in the Savage and Today’s Life

The role that music plays in our lives is more than significant. We hear it everywhere – in cars, in nightclubs, in ads, in movies, etc. We buy tickets to attend concerts or music festivals; we pay subscription fees for music streaming services like Spotify, Apple Music, iTunes or Pandora. According to a study on music habits in the US, Audio Monitor US 2018, the average time Americans spent each day listening to music is 151 minutes. The time while listening to music peaks among young people aged 16-24 at 175 minutes. 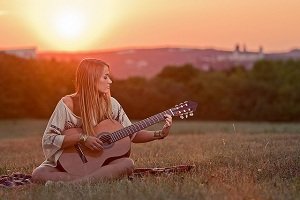 Today, there is a separate industry devoted to music. Many people are involved in creating, performing, recording, promoting, and managing the business of music – songwriters, composers, musicians, vocalists, producers, managers, and other support staff. Today, the music biz is full of famous names about which you can write a music essay with the focus on their development and achievements – Elton John, Michael Jackson, John Lennon, and other influential music artists. Besides, you shouldn’t omit specialists working directly with musicians, but also people who change or already changed the course of the global music industry. Additionally, you can explore the music industry in an age of digital distribution – how it has transformed for the recent years, what it experiences now and so on.

What was the role of music for early humans? They surely had an ear for music and 10 earliest discovered ancient musical instruments prove it. In other words, the beginning of human culture was marked 165,000 years ago when early humans invented the first musical instruments to entertain or… communicate? Over the process of evolution, people have developed communication. Many researchers believe that a speech is secondary to sounds and their melodic combinations. Sounds were the first and most natural means of expression used by our distant ancestors, and primitive flutes from animal bones were additional tools to express themselves. It is what we do today as well. There are many pieces of evidence proving the claim that “Music is the universal language of mankind”. So it is worth to state the fact that music is a part of human culture. If you examine exclusive interviews, you’ll get the grasp of the role of music in human culture.

Nowadays, music shapes cultural movements and unites people within generations. Heard about Beatlemania in the 1960s? Due to biological or evolutionary reasons, people have assigned certain meanings to music and continue using it as a powerful instrument of influence and a tool for learning and development. The fact that people are drawn to music is worth exploring, and there is some research on the topic below.

Research on the Impact of Music on People 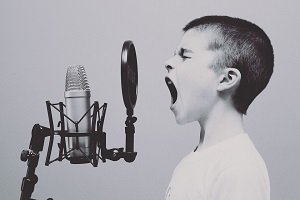 The most fascinating characteristic of music is that it brings certain capacities of humans in close coordination with each other. There is more to music than just sound. It is also melody and rhythm, and often words. Thus, when people listen to music, they move along with it (motoric reaction), experience images, and feel emotions. Moreover, there is a significant social component in it.

It has been proved that music is related to creativity, and not only among artists. The lives of a number of geniuses, including Albert Einstein and Frank Lloyd Wright, confirm this. A number of innovators were involved in music in some way. For example, a physicist of Russian descent, Leo Theremin, apart from inventing sound alarm systems and a number of tools used in espionage, is best known for his invention of a theremin. It is a musical instrument that uses a magnetic field and which people can play without touching it. Great inventors, mathematicians, and physical theorists were drawn to music either seeking inspiration in it or being fascinated by the musical sounds.

A famous anthropologist, Oliver Sacks, called humans ‘musical species’. It implies that music can affect numerous aspects of human lives. Thus, through listening to music, people can manipulate their own emotions and psychological well-being, as well as become depressed after listening to certain pieces of music. It has been also found that clinical patients with untreatable conditions can improve their quality of life significantly, due to their engagement with music. Sacks himself studied patients with Alzheimer’s disease, their response to music and their feeling of ‘triumph’ as they found comfort in it.

Due to the impact that music can have on people’s lives, it can be used in various areas. Thus, as it was already mentioned before, music helps therapists and psychiatrists calm patients and empower them. Teachers use music as an educational tool which allows children and students to memorize the materials more effectively and in a certain context. Organizational managers can use music to inspire creativity in employees so that they can be more spontaneous in finding solutions to a range of problems. There are countless occasions of using music that people can come up with. However, it should be remembered that music can serve both good purposes and be an instrument of mass manipulation. It is worth to investigate this problem in your paper.

6 References to Do Research on Music Profoundly

3 Key Ways to Do Research on Music Effectively 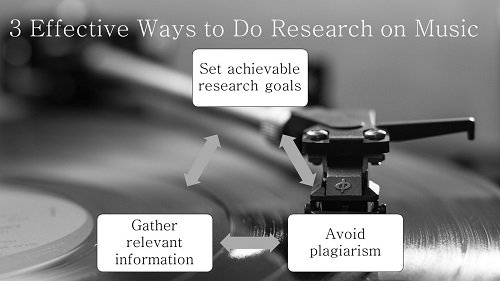 Don’t wait till the last minute as you have all to write a good essay about music and its influence on human life. Now, it is your turn to create a great masterpiece that will be highly appreciated by your instructor. Enjoy essay writing!