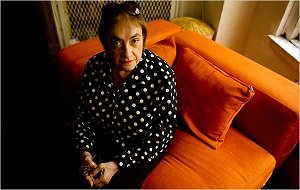 In the 1970s and 80s Lee Israel was one of the successful writers of the era. Living on Manhattan’s Upper West Side, the woman kept a cache of old typewriters: Adlers, Remington’s, Olympias and Royals, while writing biographies of the famous actress Tallulah Bankhead, cosmetics magnate Estee Lauder and the journalist Dorothy Kilgallen.

In the period of early 1990s, when Lee Israel’s career was at a standstill, she was a literary forger, making as well as selling a bunch of letters that, according to her words, had been composed by Dorothy Parker, Lillian Hellman, Edna Ferber, Noël Coward and many others. That very work that ended with the guilty plea of Ms. Israel in the federal court was the subject of her last work (“Can You Ever Forgive Me?”). She regrets what she has done, however, she had little choice back in 90th.

Using her outstanding research skills, Lee Israel scoured her subjects’ memoirs for the most important biographical details; their archived, original letters for tying idiosyncrasies; their published letters for stunning epistolary style. Moreover, Lee Israel managed to sell her creations to various autograph dealers all over the country for $50-100 each. According to her memoires, she generated up to 400 letters over a year and a half.

What is more, Lee Israel was a prominent literary mimic. At some point, composing new letters became too risky. That is why Lee Israel began to steal actual letters from the archives and substituting them with the duplicates. But she wasn’t selling fake letters. Lee Israel simply substituted the fake ones in order to sell the originals. It might seem to you that there was a lot of cheating in her life. In a way, there was, but it is hard not to admire her talents and cunning.

The author was born in New York in 1939. Lee Israel was the students of the Midwood High School that is located in Brooklyn. The woman earned Bachelor’s Degree in Brooklyn College. From 1960s to 1970s Lee Israel worked as a freelance writer. Her first book – “Miss Tallulah Bankhead” was published in 1972.

In June 1993, the author pleaded guilty to one count of conspiracy to transport various stolen property in interstate commerce. As the result, Lee Israel was sentenced to six months of house arrest as well as five years of probation. What is more, the court directed Lee Israel to attend a special alcohol-treatment program that the author never attended.

All the letters that Lee Israel had stolen were returned to the archives. However, some people tend to believe that it is likely that some of the outright forgeries of the author remain in circulation.

Lee Israel passed away from complications of myeloma. The last days of her life, Ms. Israel lived completely alone and had no kids. In recent years Lee Israel earned her living working as an editor and journalists for Scholastic magazines, commuting on a daily basis to the office of the company that is located in Lower Manhattan.