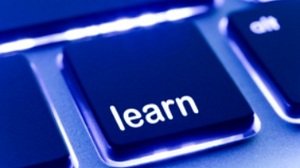 Without a doubt, one of the most influential theories within the learning area is the Social Learning Theory, which was originally born at the hands and mind of Albert Bandura. The social learning theory covers all the elements of B.F. Skinner’s operant conditioning and traditional learning theory.

According to the social learning theory, it strongly implies that there are learning types where direct reinforcement is not related to the casual mechanism. To a certain extent the so called social element may lead to the creation and further development of a brand-new concept of learning among the people. The Theory of Social Learning has been practical and really helpful in the process of explaining of how a human being can master new things and work out new behaviors by watching the others. In other words, one may state that the Theory of Social Learning is concentrated on the process of observation of the learning process among individuals.

What Are the Basic Concepts of Social Learning Theory?

According to the Theory of Social Learning, people can learn by observing people around them and by watching how they perform their behavior. The Theory provides clear explanations on how the kids learn the adults’ behavior by observing them and the way they behave in everyday life. At the end, they start imitating grown-ups. Taking into consideration all the experiments performed by Bandura, an adult who acted in an aggressive way towards the baby doll, provoked the same behavior among kids. They were left in the room and imitated the aggressive behavior they have observed earlier.

Albert Bandura dedicated many years of his life to the Theory of Social Learning. On the basis of his findings, Albert Bandura determined the key models of observational learning, which are the following:

The crucial part of the Social Learning Theory is the state of mind. In this concept, Albert Bandura has successfully revealed that not only external factors or reinforcement influence the process of learning and behavior. According to his point of view, there is also intrinsic reinforcement that represents the form of a better feeling or an inner reward once the behavior is performed.

Social learning is not the one hundred percent guarantee that something will eventually change in the person’s behavior.

This was an example of an Social Learning Theory essay, written by the writers of our custom writing service. To buy an essay on the necessary topic, please, fill in the Free Inquiry form in the top right corner of this page.