5 Life-Changing Inventions Made by Students 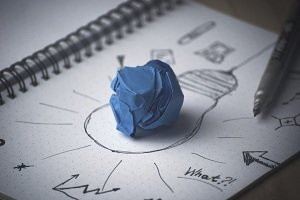 You probably have heard about Jack Andraka and his reliable and cheap way to diagnose cancer invented when the young boy was only 15. Or how about the Undercover Color project that is focused on development of a date-rape-drug-detecting nail polish? Something that both of those projects share in common is that they were developed by students.

It all usually starts with a personal motivation. For example, Jack Andraka was deeply affected by the death of a family friend who died of cancer because it was diagnosed too late. The young man started thinking about the methods of cancer detection while in high school. He designed a test — a mere paper strip covered with a layer that detects protein (mesothelin) which is associated with pancreatic, lung, and ovarian cancer. Although Jack made some exaggerated claims in 2013, which were criticized by the scholar community, the fact remains: right now, around 85% of people are diagnosed at the stage when the survival rate is only 2%. The inventions like that of Jack’s, after proper testing and confirmation by the FDA, will help start cancer treatment at its early stages.

Another student, Eesha Khare, once had her phone ran out of charge, and lost contact with her parents, which was quite stressful for her. This is why, at the age of 18, Eesha designed a super fast and effective phone charger using her knowledge in nanochemistry. Her supercapacitor fits inside a mobile phone battery, transfers electricity, charges the device in up to 30 seconds, and survives 1,000 charging cycles. It has high energy density, high power density, and high cycle life, despite the fact that it’s completely tiny and flexible.

Four students from North Carolina State University decided to take a closer look at the date rape problem. It is known that aggressors sometimes use so-called date rape drugs (Rohypnol, GHB, or Xanax) and add them in alcohol served to a girl. The students designed a nail polish that interacts with the active ingredients of the drugs and changes its color. So, when a girl casually stirs the drink with her finger, she will be able to know if it contains “roofies” or other substances. Notably, the team of students consisted of four men who are considered as founders, Stephen Gray, Ankesh Madan, Tyler Confrey-Maloney and Tasso Von Windheim. They started testing Undercover Colors in June, after having collected over $1 million in donations in 11 months.

University of Virginia students in cooperation with their professor James A. Smith have designed a disk that purifies water. MadiDrop is made of ceramics and induced with silver. Silver ions get released into water and purify it thanks to the generated electrical charge. The cheapness and effectiveness of this simple invention is a perfect solution for people who have very limited access to drinking water.

Joe Landolina, while finishing his third year in NYU Polytechnic, at 17, started a company Suneris the main product of which is blood-stopping VetiGel. The algae-based substance seals the wound in less than 12 seconds. It does not only work in a glue-like manner, but triggers the production of fibrin that helps repair the damaged tissue. At the moment, Suneris has started supplying VetiGel to veterinarians, and its use by humans is a matter of the near future.

Sometimes, it takes years of experience to design something novel and life-changing, but sometimes, it is enough to look at things from the fresh perspective of a young person. This is probably why the world has seen a number of outstanding ideas and inventions suggested by students over the recent years. On the other hand, of the five abovementioned inventions, only two are already in use, MadiDrop and VetiGel. The bureaucratic system is a real challenge for young inventors who need to search for resources, connections, and reputation in the professional world. Still, we shall hope that nothing will stop enthusiasm that is capable of turning the world upside-down.

5.00 avg. rating (97% score) - 2 votes
This entry was posted by Cristian Dorsey in Interesting Stories and tagged