Trial by Jury: Pros and Cons 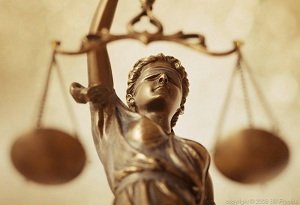 All over the globe countries make sure to use a certain type of a jury system, most probably because they still haven’t found a better method to consistently ensure that all the defendants are provided with the fairest trail. Nonetheless, although a lot of people find the trial by jury pretty fair, the system still has both – its advantages and disadvantages.

It is important to mention that a lot of people do not actually understand what role the jury actually plays in the court case. The thing is that a jury is there to find on the matters of fact only. Each of the jury members is told to use his / her judgment in order to decide whether the defendant is guilty or not. The trial Judge is there to make a decision regarding the matter of law as well as direct the court, including the jury. All the representatives of the jury hear the evidence provided from both – the defense and the prosecution – and then their task is to decide on the facts that they hear. Judges warn each member of the jury that in case they cast doubts on the guilt of the individual, they must find him / her not guilty. The whole point is that an accused is not guilty till the moment, when a court finds her / him not innocent. It is not up for the defendant to prove the innocence of the person, but for the prosecution to provide enough evidence to provide him / her guilty beyond any reasonable doubts.

Let’s focus on the advantages of the trial by jury. The pros of this system are related to the fact that generally the public accepts the verdicts given by the jury and, what is more, they trust jury more than they trust judges. In theory, a jury is unbiased for the reason that it is not a part of the system of justice. Plus, the jurors are provided with a permission to apply common sense as well as local values to the facts and the evidence of this or that case. Trial by jury is an efficient system itself. It is of more than eight hundred years old, and it enables all citizens to get involved directly in their communities.

The cons of the trial by jury include the vetting process that precludes a random selection of individuals as well as lack of ability to assess the bias of the jury after the verdict has been determined. In other words, the jurors are human beings and, as we know, to err is human. What is more, the jurors may come to a quick verdict in order to fit their own desires to get rid of their responsibilities and be finished with the case as soon as possible. Besides, the jurors may be easily impressed or influenced by the showmanship and presentations over substance. In addition, they may not completely understand each issue of the law that is raised in this or that case.

Without a doubt, there are many different risks related to having a trial by jury. On the other hand, it is an integral part of the modern system of justice (at least in the United States of America) that has generally proved its practicability and will, without a doubt, go on to be the law of the land. However, who knows, perhaps in the nearest future this jury system will be reformed – it got changed so many times throughout the centuries anyways.